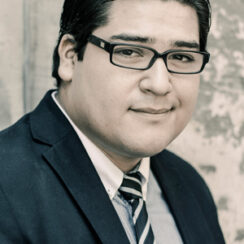 He was chosen at the age of fifteen to play with the Académie Internationale de Musique at Victoria Hall in Geneva and at the Théâtre du Champs Elysées in Paris under the baton of Seiji Ozawa in 2009.

From 2015-2016 he was a soloist with the orchestra of Theater Gera-Altenburg. Since March this year he has been a guest soloist with the Staatskapelle Weimar. He frequently appears in a trio with cellist Alexandre Castro-Balbi and pianist Lucas Debargue. He plays a violin made by Giovanni Battista Guadagnini (1690), which once belonged to Louis Spohr.